Are you aware your habits may sway an interviewer from taking you as the ideal applicant on the big day? Check this list of job interview turnoffs you must avoid and heed our tips on how to impress the recruiter and win that job.

Job Interview Turnoffs and How to Avoid Them A candidate walking in with a cellphone in his/her hand and checking it throughout the interview is a big turnoff for recruiters. If you need to check your cellphone, inform the interviewer ahead of time. You can tell him/her why you’re checking it.

One of the common job interview turnoffs applicants commit is speaking ill of their former or current jobs/bosses. It doesn’t matter if you’re right or wrong, you’ll always look rude in the eyes of the interviewer when you make such comments. They will assume you’ll do the same to them, too. Understand that to ace an interview, you should arrive on time. While coming late is impolite, arriving earlier than ten minutes before the interview is likewise a big no-no. It shows you have plenty of spare time and you’re desperate for the job. Thus, show the interviewer your time is precious by coming on time, not too early but neither too late. Since first impressions often start with the three-second handshake, recruiters place high importance on how well a candidate does it. A few examples of a poor handshake include:

– Queen’s – a handshake from the fingertips suggesting hesitation to engage and superiority
– Dead fish – a limp handshake showing weakness and disinterest
– Terminator – an intense handshake implying overt aggression and doubtful sincerity.

You may only ask questions on salary, work benefits, and holidays/vacations if the manager has hired you for the job. Car salespersons don’t ask for your credit report before they let you test drive a car, right? The same principle goes for a job interview. Recruiters may have second thoughts on your suitability to and competency in the job if you pop these too early.

Recruiters want to know what you attained in your former job. If your answers are too vague, it will be hard for them to assess if you’re the right man for the job or not. Notice how these statements from two applicants differ: Both extremes can make the recruiter react in a negative way. In the same way, excessive eye contact can wear out the interviewer while a lack of it makes you disinterested and unreliable. To avoid this problem, practice making eye contact with a friend before the big day.

Managers have seen how job hunters with a great resume fail an interview. If you don’t want to join them, heed these tips and avoid job interview turnoffs.

Read more of our interview tips to help you ace the toughest part of your job hunt game, and land the job of your dreams! 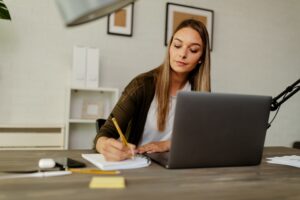 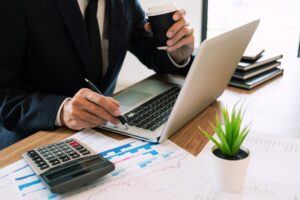 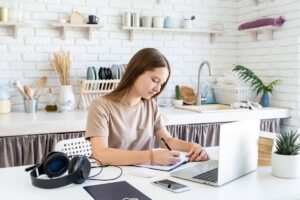 Be on top of the job search game. With our expert writers and easy process, you’ll get excellent results. Optimize your resume now! 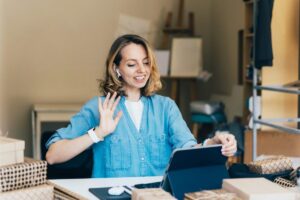